Cambs Knifepoint Rapist Jailed For More Than A Decade 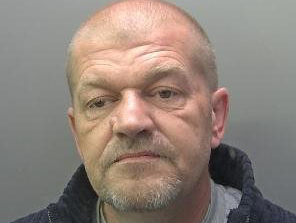 A Huntingdon man who raped a woman at knifepoint has been jailed for more than a decade.

Andrew Turner, 51, of Sapley Road, Hartford launched the attack on 31 August last year. The victim made it clear she didn’t consent and even pretended to be unconscious, but Turner still didn’t stop.

The police were called a few months later after the victim confided in a friend.Turner was arrested and officers searched both his home and car, where they found the same knife used in the rape.

In police interview Turner denied the offences but he later admitted rape and possession of a knife.

DC Luke Ephgrave, who investigated, said: “I would like to commend the victim for her bravery and for supporting a conviction in this case.

“She has understandably been affected by this incident and I hope this sentencing brings her some closure and allows her to move forward from what happened to her.

“Reporting a sexual assault or rape can be extremely difficult for a victim. We want to ensure people that we take all reports seriously, no matter when they occurred, and have trained staff who will support you through the process."

Turner was sentenced at Peterborough Crown Court yesterday (6 January) where he was jailed for 12 years.

He was placed on the sex offenders’ register for life and handed an indefinite restraining order preventing him from contacting the victim.